China is set to surpass the United States as the world’s largest economy and advance down a path toward reclaiming a global power role within the next two decades, according to a new report by the U.S. Intelligence Community.

The Office of the Director of National Intelligence (ODNI) published a 144-page report entitled “Global Trends 2040: A More Contested World” that forecasted future trends that would transform the international community nearly 20 years down the road. Among the central factors used to weigh how the world would change was that of the relationship between its top two powers: Washington and Beijing.

“The United States, along with its longstanding allies, and China will have the greatest influence on global dynamics,” the report stated, “supporting competing visions of the international system and governance that reflect their core interests and ideologies.”

It predicted that he rivalry between the two great powers “will affect most domains, straining and in some cases reshaping existing alliances and international organizations that have underpinned the international order for decades.”

Among the most sizable shifts foreseen in the global order was the transfer of the economic balance power from West to East, with Asian economies gaining more ground.

The exact point as to which China would overtake the U.S. in terms of GDP has long been the subject of debate among experts, but some such as the U.K.-based Economics and Business Research and Japan-based Nomura Holdings have said the diverging experiences of the two countries under COVID-19 has accelerated this date to be as early as 2028, or potentially even sooner.

GDP would be just one area in which a country that held the title of top economic power in previous centuries was seen as “reclaiming” a “global power role.” 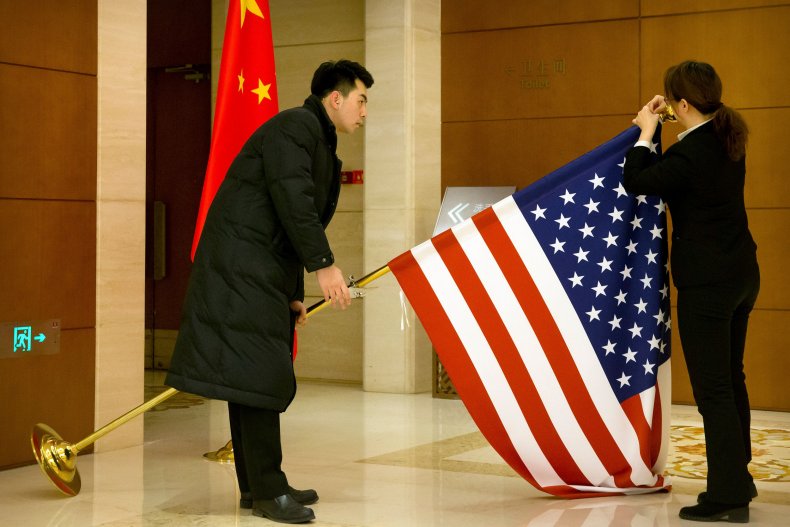 “In the next two decades, China almost certainly will look to assert dominance in Asia and greater influence globally,” the report found, “while trying to avoid what it views as excessive liabilities in strategically marginal regions.”

To secure its interests, China is also “is likely to field military capabilities that put U.S. and allied forces in the region at heightened risk and to press U.S. allies and partners to restrict U.S. basing access,” the report said.

The U.S. is by far the world’s premier military power with some 800 bases worldwide, with an estimated 280 such installations in the Asia-Pacific region alone. However, Chinese President Xi Jinping has brought an intensive focus on modernizing and expanding the capabilities of the People’s Liberation Army in a way that ensures deterrence in areas to which Beijing extends its claim of sovereignty.

“China is likely to use its technological advancements to field a formidable military in East Asia and other regions but prefers tailored deployments—mostly in the form of naval bases—rather than large troop deployments,” the report said.

Wielding its growing economic, political and military clout, “Beijing probably will tout the benefits of engagement while warning of severe consequences of defiance,” the report said.

This could have substantial consequences in one area deemed to be the most serious flashpoint in the U.S.-China strategic competition: Taiwan.

The self-ruling island has acted independently of Beijing since 1949, with the establishment of a rival government after the Chinese Communist Party’s civil war victory on the mainland. But Xi has vowed to retake Taiwan through diplomacy or force, and the report found that “China’s leaders almost certainly expect Taiwan to move closer to reunification by 2040, possibly through sustained and intensive coercion.”

The report also examined China’s likely push to accelerate its lead in cutting-edge technology experts to bolster partnerships abroad, as well as a continued focus on its rapidly developing infrastructure at home. This campaign would include efforts “to seek to strengthen economic integration with partners in the Middle East and Indian
Ocean region, expand its economic penetration in Central Asia and the Arctic, and work to prevent countervailing coalitions from emerging,” the report said.

But the report did not rule out cooperation in the future.

The report predicted that the People’s Republic “probably will seek to retain some important linkages to US and Western-led networks, especially in areas of greater interdependence such as finance and manufacturing.”

As China’s role in the international community grows, ODNI sees Beijing expecting adherence by others to its global vision.

“China is likely to play a greater role in leading responses to confronting global challenges commensurate with its increasing power and influence,” the report said, “but Beijing will also expect to have a greater say in prioritizing and shaping those responses in line with its interests.”

And with these additional superpower responsibilities, U.S. officials also predicted some potential setbacks for China, including a need for cost-sharing among other nations as Beijing simultaneously addressed domestic issues such as “potential financial crises, a rapidly aging workforce, slowing productivity growth, environmental pressures, and rising labor costs.”

In another sensitive area of tense ties between Washington and Beijing, ODNI suggested that “China’s aggressive diplomacy and human rights violations, including suppression of Muslim and Christian communities, could limit its influence, particularly its soft power.” 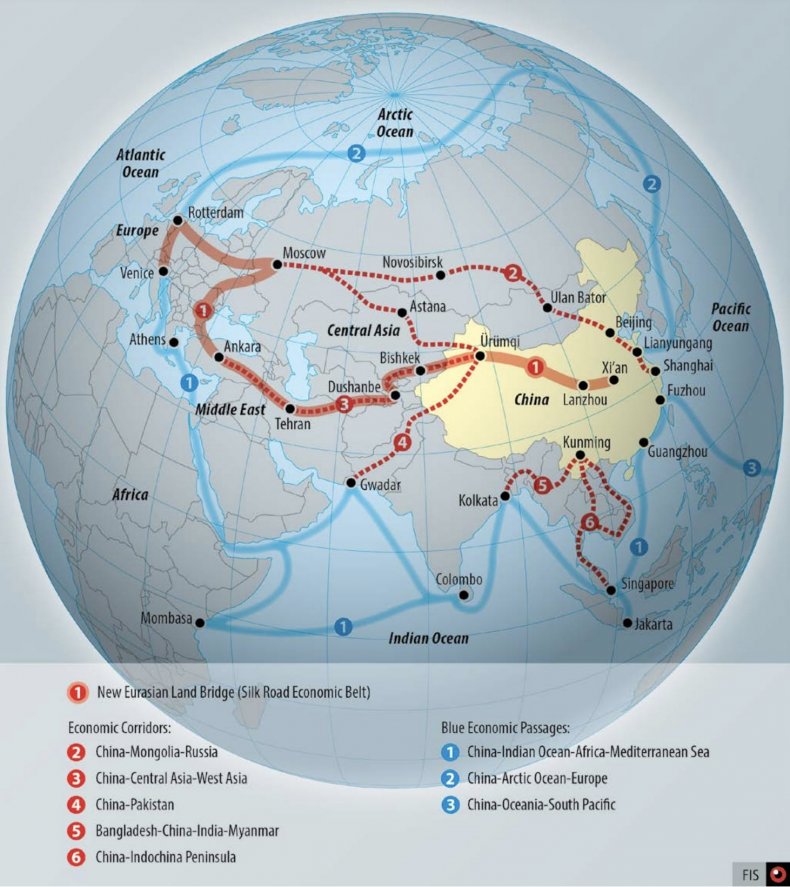 In response to China’s resurgence, U.S. officials and lawmakers have sought to hit their top rival with sanctions and other tools intended to punish Beijing for defying what they see as an “international rules-based order” with Washington at the helm.

One recent bill proposed in the U.S. Senate, entitled the “Strategic Competition Act of 2021,” involves a new set of sweeping measures, including the application of further economic restrictions on China in response to alleged human rights abuses, pursuing accusations of mass intellectual property theft, and ramping up military spending in the broad region the U.S. defines as the Indo-Pacific.

It also calls for a lifting of all restrictions on diplomatic ties with Taiwan, a reversal of the “One China policy” held since 1972, and the three communiques that formed the basis of Washington switching its relations from Taipei to Beijing in 1979.

“China’s position on China-U.S. relations, intellectual property rights and Taiwan-related issues is clear,” Zhao said. “The relevant U.S. lawmakers should look at China and bilateral relations in an objective and rational light, abide by the one-China principle and the three China-U.S. joint communiqués, reject Cold-War and zero-sum mentality, stop pushing negative bills that interfere in China’s domestic affairs and harm Chinese interests and act in ways beneficial to the sound and steady development of bilateral relations.”

On Friday, the White House released its $1.5 trillion budget plan, part of which would be dedicated to “position the United States to out-compete China” as a priority in a number of fields.