The Wuhan Institute of Virology (WIV) has been listed as one of the candidates for the Chinese Academy of Sciences’ 2021 Outstanding Science and Technology Achievement Prize for its COVID-19 research. The announcement comes as the theory that the virus could have leaked from the lab—once widely dismissed as a controversial conspiracy—continues to gain mainstream traction in the U.S.

In the early stages of the pandemic, Chinese authorities linked the first cases of the virus to a market in Wuhan, theorizing that the outbreak was caused by the virus passing from animal to human.

But now, U.S. officials have suggested that there may be evidence that the virus accidentally leaked from the Chinese lab. China has strongly denied the claim, defended the lab, and accused Western media of spreading rumors and engaging in smear campaigns.

On Friday, the Chinese Academy of Sciences published a list of candidates for its annual outstanding achievement award, which included the Wuhan lab. The award is often given to researchers who have “demonstrated significant achievements in the past five years,” according to the Global Times, a Chinese state-run newspaper. 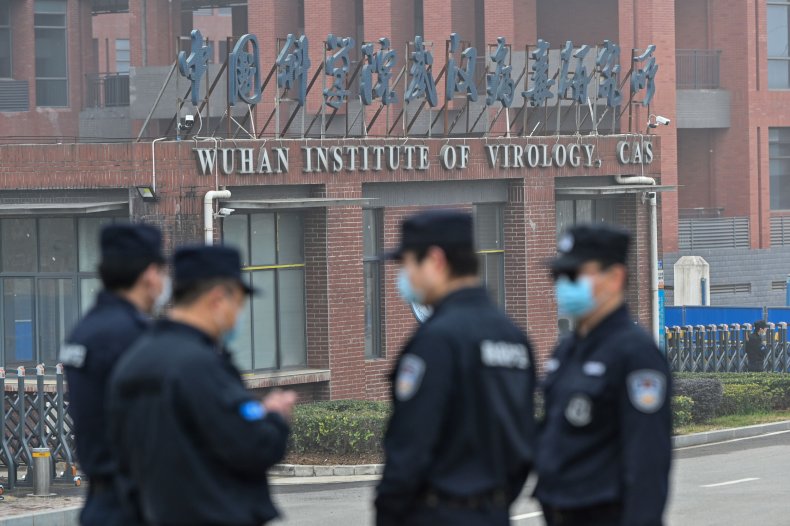 WIV identified the COVID-19 pathogen and finished the virus genome sequencing and isolation in a timely manner, as well as determined that the virus “shares the same functional receptor as the SARS virus,” the academy said.

It also listed a slew of other research achievements by WIV scientists, before noting that “the research group has completed the most comprehensive and systematic pathogenic identification research into COVID-19.”

Last month, President Joe Biden directed intelligence officials to ramp up efforts to probe the origins of the coronavirus, including the Wuhan lab theory. He revealed that America’s intelligence community was unsure whether the virus emerged from animals or an accidental lab leak.

The U.S. media pushed back when former President Donald Trump and his Secretary of State Mike Pompeo first promoted the lab leak theory last year. The Biden administration’s decision to revisit the theory marks a significant shift from the widespread dismissal of the theory in the early stages of the pandemic.

During a Thursday press conference, a Chinese Foreign Ministry spokesperson said WIV scientists deserve to be awarded the Nobel Prize in medicine, but are instead being wrongly blamed by Western countries for the coronavirus.

Newsweek reached out to Chinese Ambassador in Washington D.C. Cui Tiankai for comment. This story will be updated with any response.