IyaSokoya Karade remembers clearly the day she had to close the doors of her business due to the pandemic. 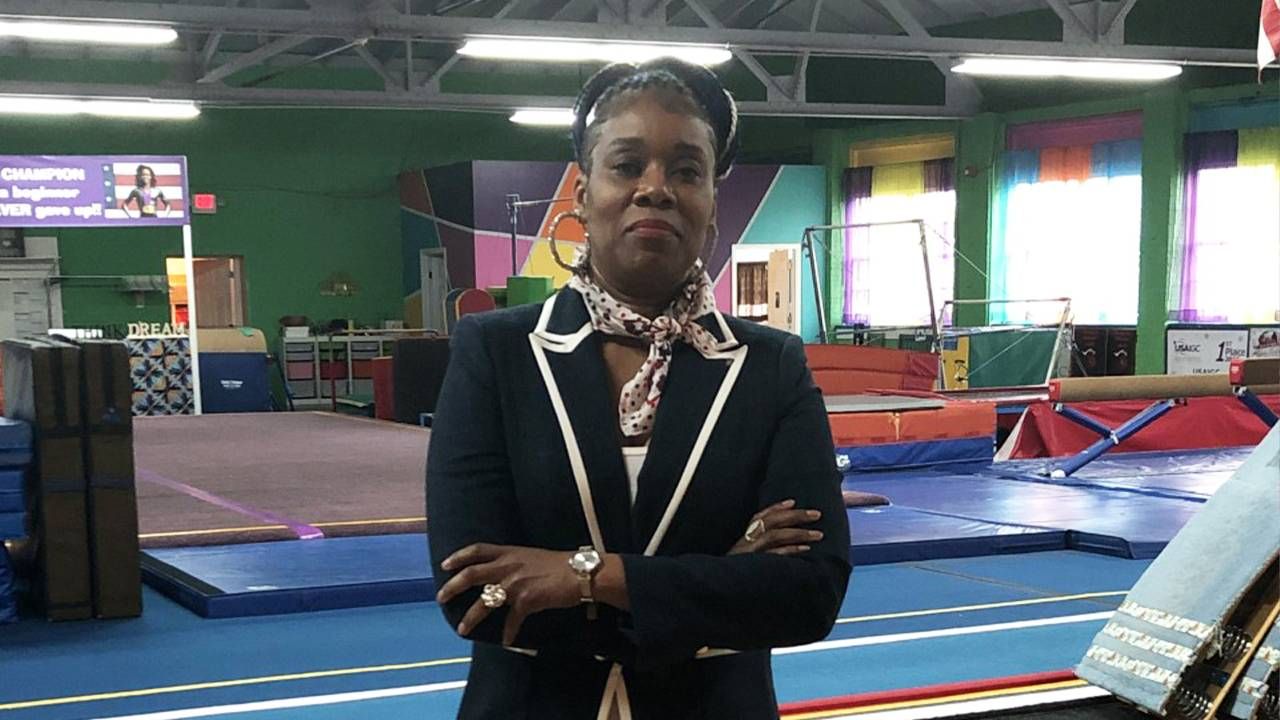 Karade, 55, is the CEO and founder of the Athletic Arts Academy in Orange, N.J., a 10,500-square-foot youth athletics training facility. “Being a provider of in-person services, we were mandated to shut down March 16 [2020] and we were in a state of shock,” she said. “I had to embrace that reality.”

After a few months she asked herself: “Do I even want to come out of this and continue?”

The first order of business was to try to stay alive. “The second thing: What are you going to do about your business? We were just throwing things at the wall,” she added.

After a few months Karade asked herself: “Do I even want to come out of this and continue? The debt was mounting. It was like watching water go into a bucket with a hole in it. And even though we were in the black, my business was not making me rich. I run it as a gift of the heart.”

The Scary Time for Entrepreneurs in the Pandemic

And, she added, “I have invested a lot of money, time and sweat equity to create this beautiful space. So, to see it go dark, even for a while, was scary.”

Karade is one of many small business owners over 50 slammed by the pandemic. COVID-19 has taken a serious toll on their personal finances. Many have waived salaries and taken money out of their personal savings to pay business expenses, sometimes endangering their current and future financial security.

The Federal Reserve Bank of New York and AARP recently published a study on this, “The State of the Older Entrepreneur During COVID-19,” and what they found wasn’t pretty.

During Spring 2020, at the peak of the first wave of COVID-19, more than 20% of small businesses closed, according to the report. But business closings were highest among business owners 45 and older (one in four). Although the total number of small businesses has recovered, the number of firms now owned by people 45+ is down 9%; by contrast, there’s been a decline of just 2% for firms with owners under 45.

The researchers’ interviews with 25 business owners who are 45 and older found that they — and particularly business owners of color like Karade — had difficulty accessing funds to stay open and have experienced significant personal financial hardship during COVID-19.

“While the pandemic has impacted entrepreneurs and small business owners across the board, our research shows that Black, Latino and Asian entrepreneurs have been particularly hard hit,” said Nancy LeaMond, AARP executive vice president and chief advocacy and engagement officer (and a Next Avenue Influencer in Aging).

Prospects for Older Entrepreneurs of Color

“Older entrepreneurs of color tended to dip into their own pockets, using personal funds to cover business expenses,” LeaMond added. “There could be significant implications down the road, as these folks now have less in savings for retirement or to help them weather another economic downturn.”

Similarly, a new small business survey by the 12 Federal Reserve Banks (“The 2021 Report on Firms Owned by People of Color” ), fielded last fall, found that Black business owners were more likely to use personal funds and more likely to borrow money from a spouse, family, or friends than any other group of entrepreneurs. Some 74% of Black business owners used their personal funds to keep their enterprises afloat; 38% borrowed money from a spouse or other family or friends and 25% worked a second job.

In the AARP/Federal Reserve Bank of New York study, more than double the number of Black and Asian small business owners (35% and 33% respectively) borrowed funds from family and friends than white owners (16%). And 70% of Black business owners paid business expenses with personal funds, compared to 48% for white owners.

One in four age 45+ owners is concerned about their personal credit score due to the pandemic, a fear that’s even higher among Black, Latinx and Asian owners.

“We need to design a lending ecosystem that works for older businesses of color.”

Half of surviving firms with owners 45+ overall depicted their business’ financial condition as “fair” or “poor” at the end of 2020. But that was true for 75% of the Black-owned firms and 66% of the Latinx-owned firms.

“I would have thought that the situation would have been better for older entrepreneurs — they have longer credit history, they’re better established. But this wasn’t the case,” said Claire Kramer Mills, assistant vice president at the Federal Reserve Bank of New York and one of the report’s authors.

The dearth of lending to businesses owned by persons of color is noteworthy.

“We need to design a lending ecosystem that works for older businesses of color,” said Colin Danly, a senior associate at Public Private Strategies, which worked on the AARP/Federal Reserve Bank of New York report. “This report shines a light on PPP funding’s [PPP is the federal government’s pandemic Paycheck Protection Program for small business owners] inequitable distribution, particularly for Black/African-American business owners who received on average $37,000 less than white-owned firms.”

PPP and other pandemic loans and grants have helped keep Karade afloat. Last year, she received a $6,000 PPP loan, over $97,000 in loan and grant money from the Small Business Administration’s Economic Injury Disaster Loan Program, plus others. She was recently approved for a $25,000 loan from the New Jersey Economic Development Agency.

“I was able to keep my employees paid, so they were taken care of,” Karade said. “I was able to cover some of the rent which my landlord had not forgiven but had given me flexibility to pay as much as I could.”

But she had to push lenders and companies that billed her company and herself personally in order to help keep the enterprise alive without destroying her personal finances.

“I called and said, ‘Look, what kind of deal can I make with you? Can you reduce this payment? Can you put this payment on furlough? What can you do to help reduce my expenses?'” Karade noted.

“I didn’t want to default. I just got my personal credit really good, and I had no outstanding debt. I didn’t want to fall into a hole,” she said. “Everybody was willing to do that, from my landlord to Verizon, our internet and phone provider, and other utilities.”

Karade also got creative to hold onto her customers and find new ones. For one thing, she grabbed a few pieces of her gym’s equipment, set up in her living room space and developed an online program called “living room gymnastics” via Zoom.

“I had to get past the awkwardness of being in front of the camera,” Karade said, “but I focused on: What is my purpose now?” 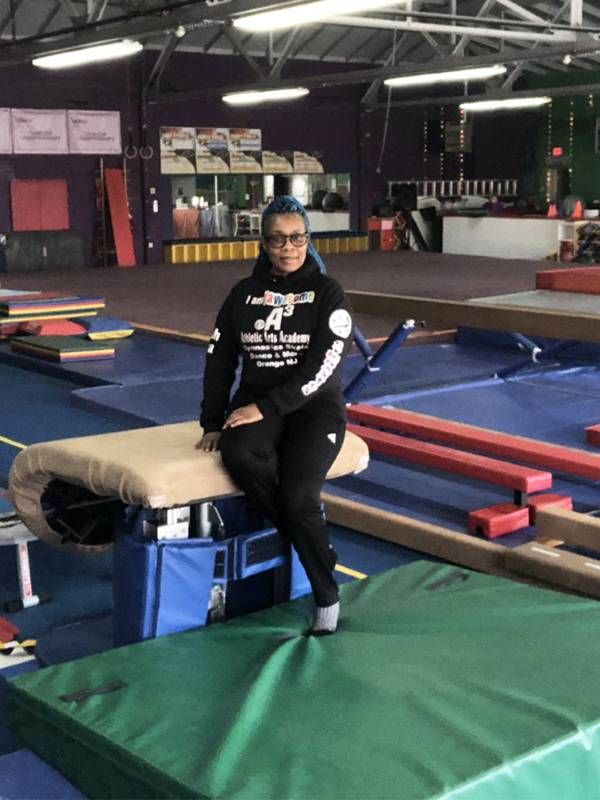 She said her clients knew her business couldn’t offer refunds, but it could help their child stay active. “I was trying to serve these children, taking into consideration that all of this [the pandemic] is also impacting their emotional and mental health.”

For inspiration, Karade thought of her days growing up, raised by a single mother who worked rotating shifts as a security guard at Rutgers University.

“As a child it was the activities I did with other people that saved me,” she said. “It was being with other kids. Grab a jump rope, come on, let’s make a drill team, come on, let’s do some flips. Let’s run some races, let’s play kickball. There were people in the community who would organize these things just out of the blue. And it kept a lot of us anchored.”

Fortunately, it seems as things are turning around for entrepreneurs. Optimism among small business owners in the U.S. continued to rise in March after the passage of the American Rescue Plan and the easing of Covid-19 restrictions in many states. The NFIB Small Business Optimism Index came in at 98.2 in March, up 2.4 points from the previous month, according to the National Federation of Independent Business.

The number of owners who think it’s a good time to expand also increased, as did the percentage who expect better business conditions over the next six months.

The report from the Federal Reserve Bank of New York and AARP revealed similar optimism. Older business owners who survived the earlier stages of the crisis believed their sales would return to pre-pandemic levels in 2021.

One of those optimists is Karade, whose facility is operating at half-capacity and staying COVID-10-safe with social distancing and open windows.

“I feel like I’m going to make it. There is something within that says it’s going to be okay. It’s good. Just keep working, keep being true to it,” she said. “I just gotta hang in there.”

.css-1rqq458{font-weight:bold;font-style:normal;}Editor’s note: This article is part of America’s Entrepreneurs, a Next Avenue initiative made possible by the Richard M. Schulze Family Foundation and EIX, the Entrepreneur and Innovation Exchange.

ShareNext Avenue on FacebookNext Avenue on TwitterEmail Next Avenue
.css-1itrzqw{color:inherit;font-weight:700;}Kerry Hannon is the author of Great Pajama Jobs: Your Complete Guide to Working From Home. She has covered personal finance, retirement and careers for The New York Times, Forbes, Money, U.S. News & World Report and USA Today, among others. She is the author of more than a dozen books including Never Too Old to Get Rich: The Entrepreneur’s Guide to Starting a Business Mid-Life, Money Confidence: Really Smart Financial Moves for Newly Single Women and What’s Next? Finding Your Passion and Your Dream Job in Your Forties, Fifties and Beyond. Her website is kerryhannon.com. Follow her on Twitter @kerryhannon. Read More