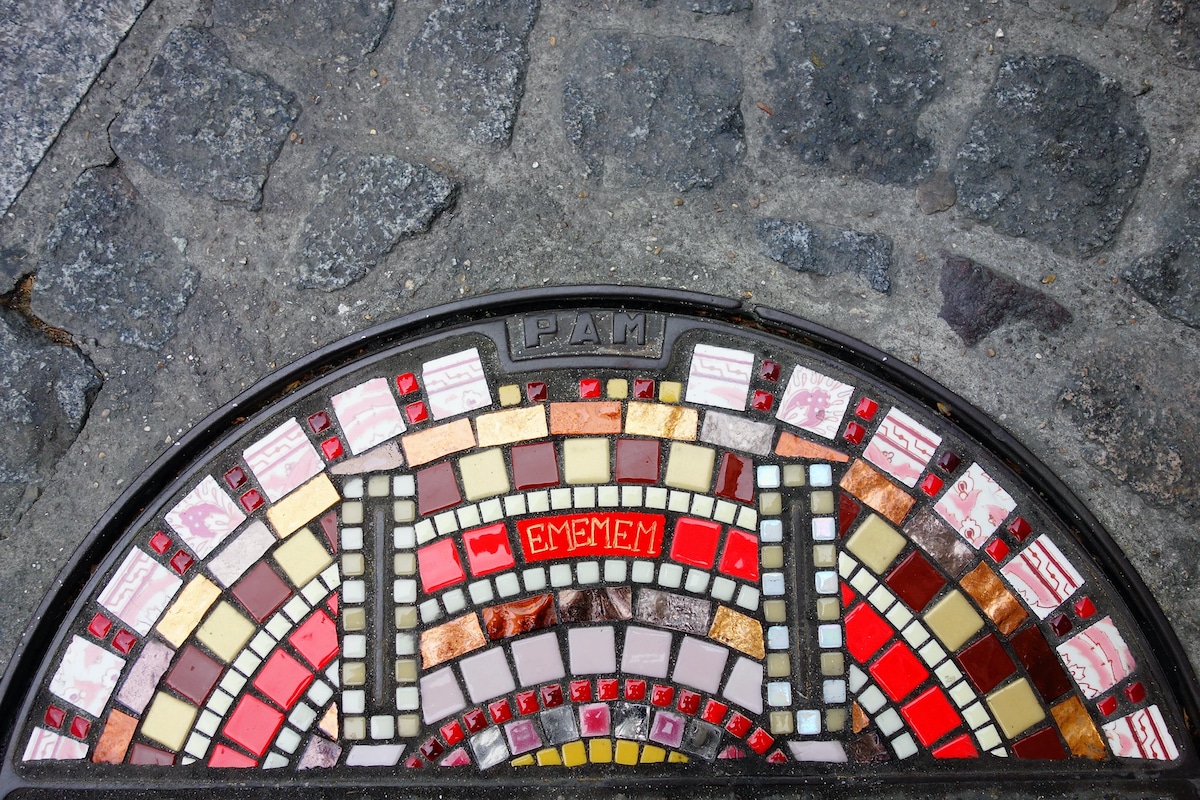 Potholes and cracks in the sidewalks and pavement can be eyesores that detract from an otherwise beautiful urban street. Often left untouched by the government entities charged with maintaining them, these scars may sit there for years, becoming a characteristic part of the city’s landscape. Street artist Ememem—known throughout his home city of Lyon as “the pavement surgeon”—makes it his mission to heal these asphalt fractures by transforming them into colorful mosaics.

The French artist has dubbed his technique “flacking”—a play on the french word flaque, meaning puddle. Using materials such as ceramics, wood, and bitumen, he fills everything from tiny cracks to gaping craters in the pavement with his artistic bandaids. His work is now a characteristic token of the cobbled streets and cracked sidewalks of Lyon, but his playful mosaic art can also be found in cities throughout Europe—including Paris, Madrid, Barcelona, and Milan.

“I’m just a sidewalk poet, a son of bitumen,” Ememem says of his beautiful mosaic street art. “My work is the story of the city, where cobblestones have been displaced; a truck from the vegetable market tore off a piece of asphalt. Each becomes a flack.”

Ememem is currently working on a project funded by the Société du Grand Paris, flacking the construction site of the new Grand Paris Express metro. His work will be on display there for free until August 31, 2021. You can also see his work at an upcoming exhibition opening at Spraying Board in Lyon on June 2 and in a group show at La Galerie Italienne opening in Paris on June 8. To find out even more about the artist, visit his website and follow him on Instagram. 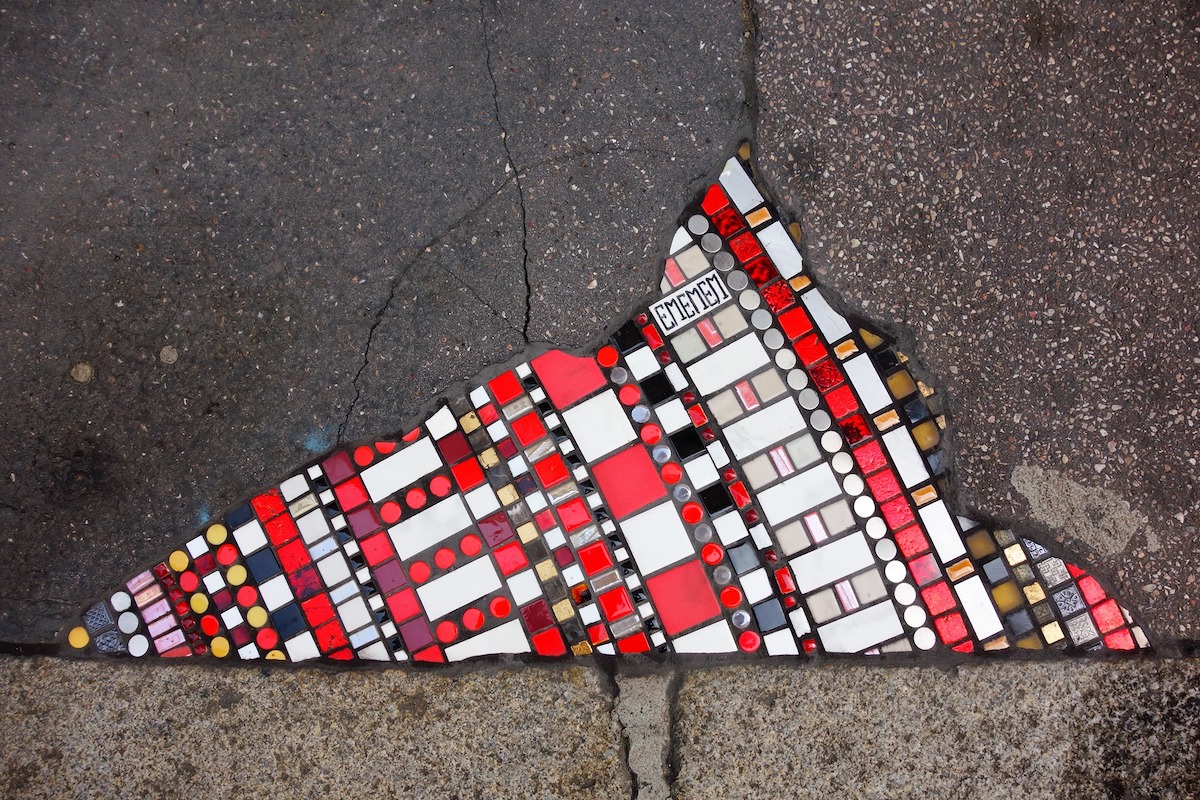 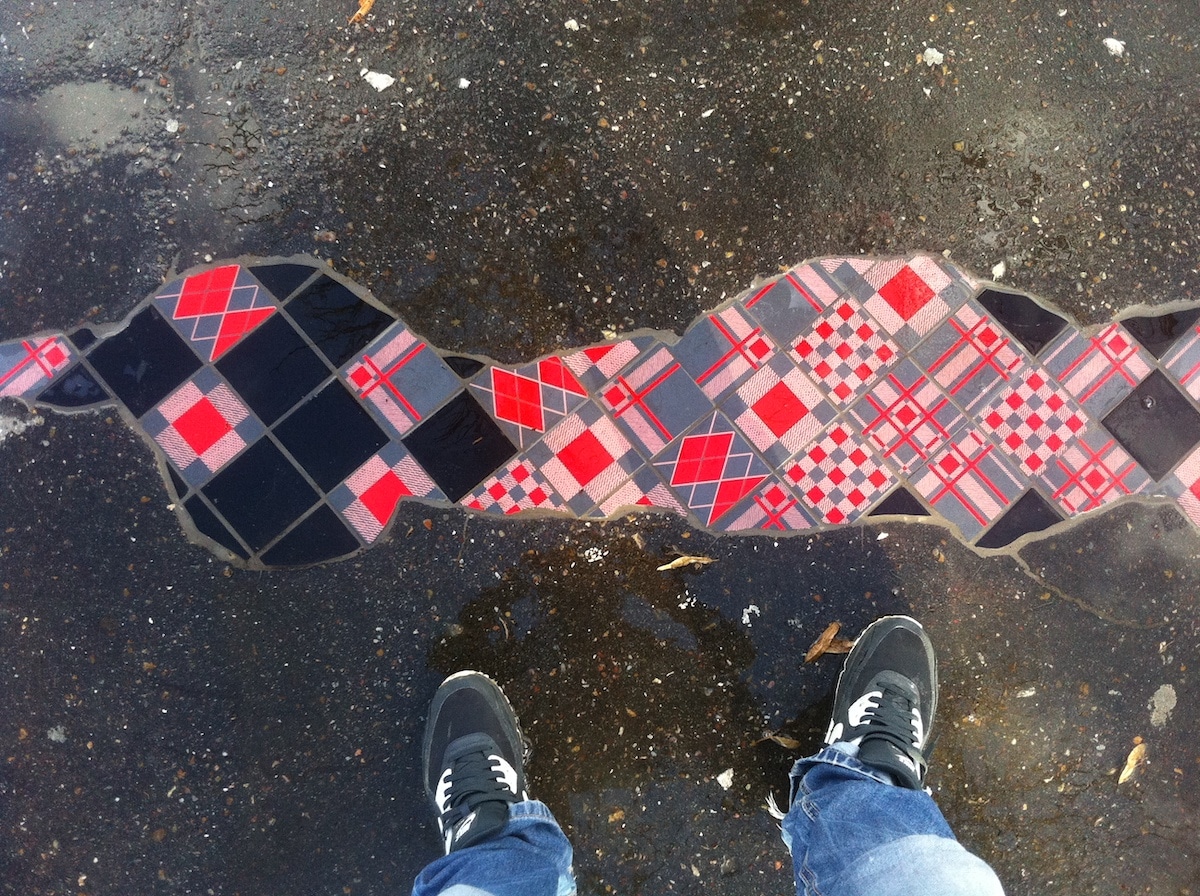 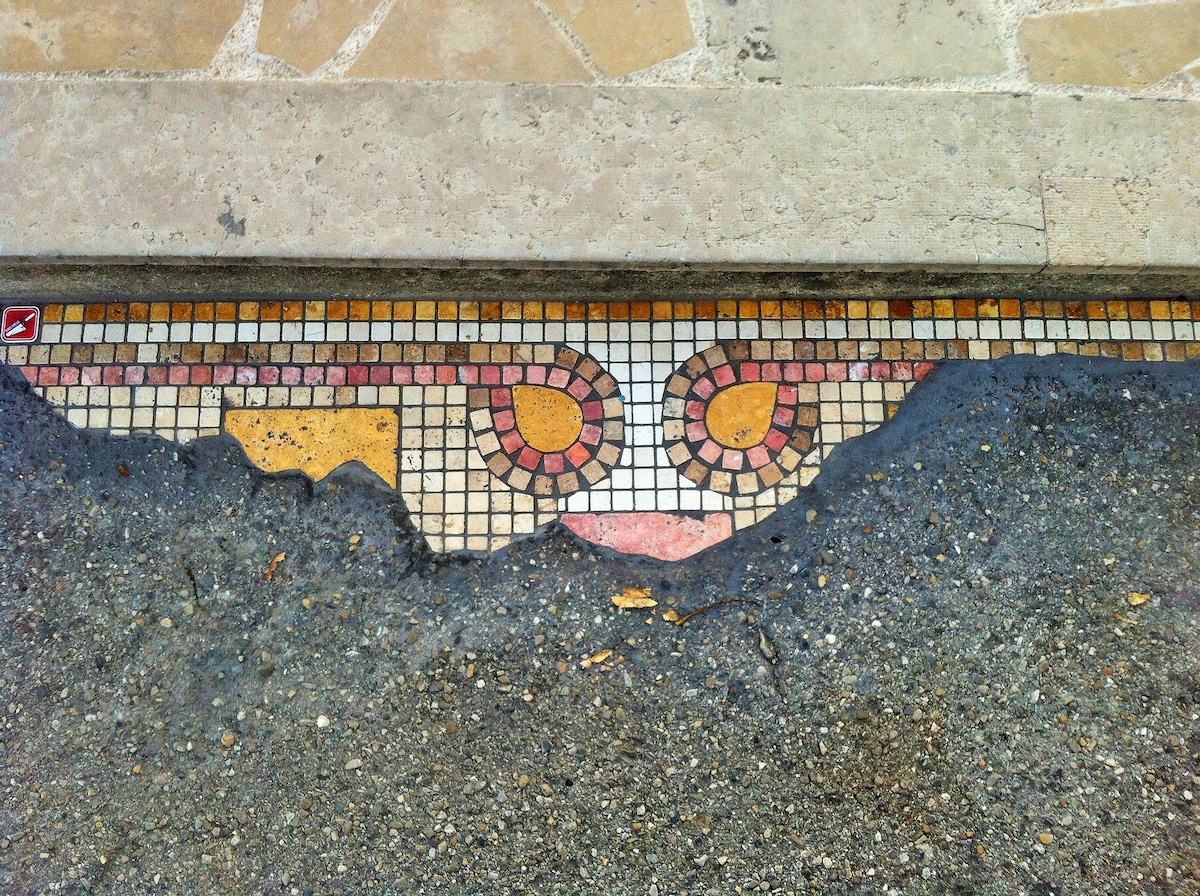 He calls his technique “flacking”—a play on the french word flaque, meaning puddle. 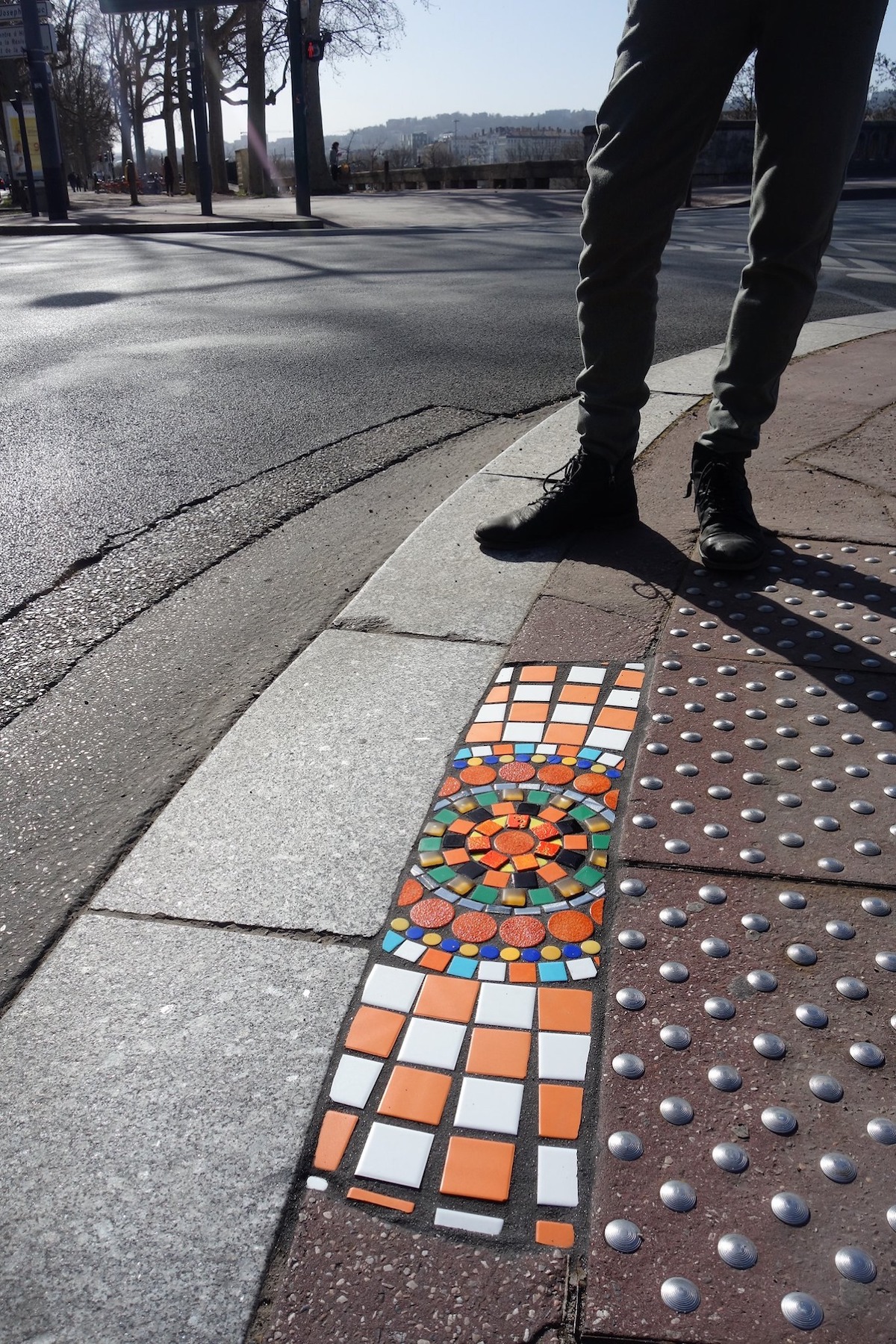 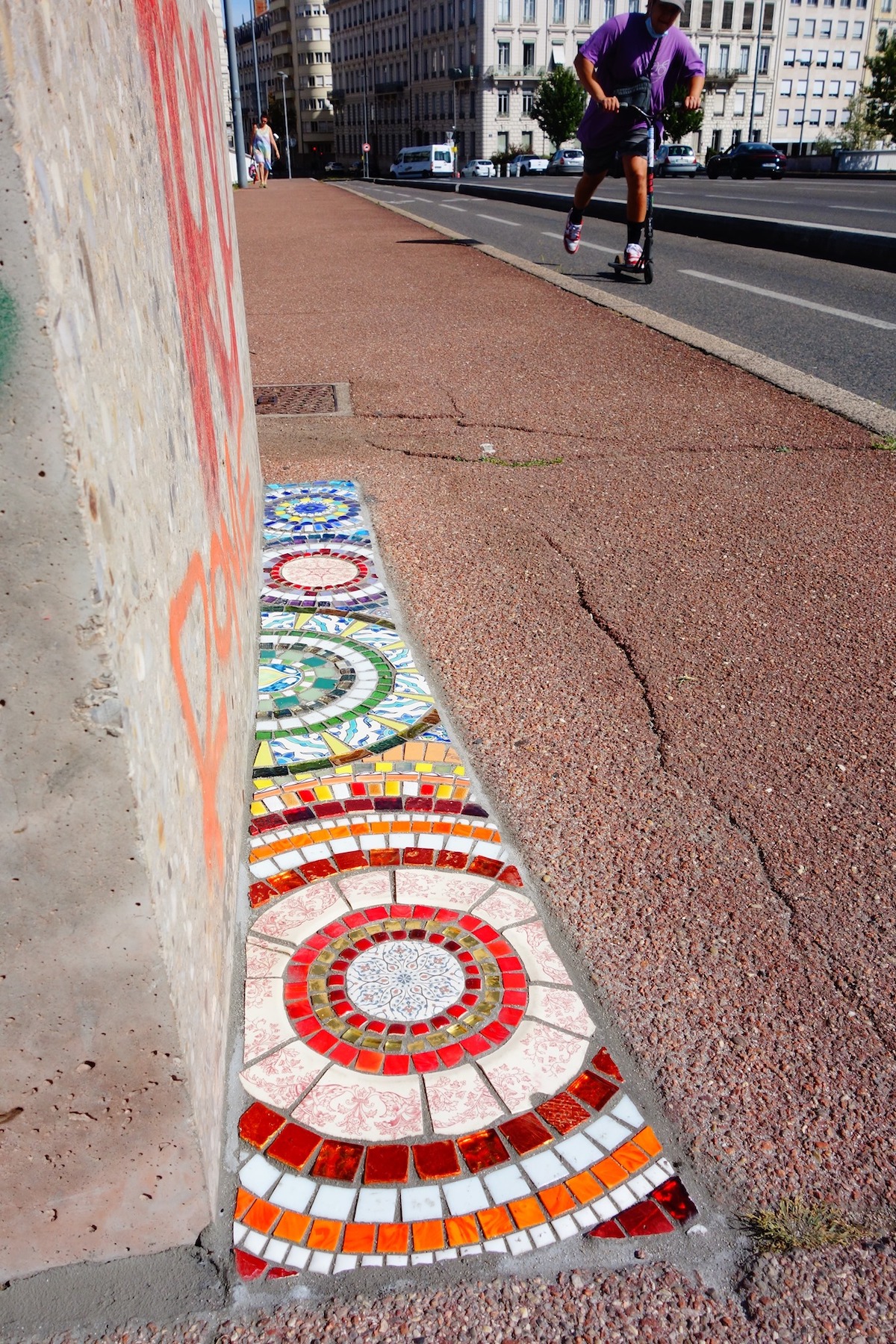 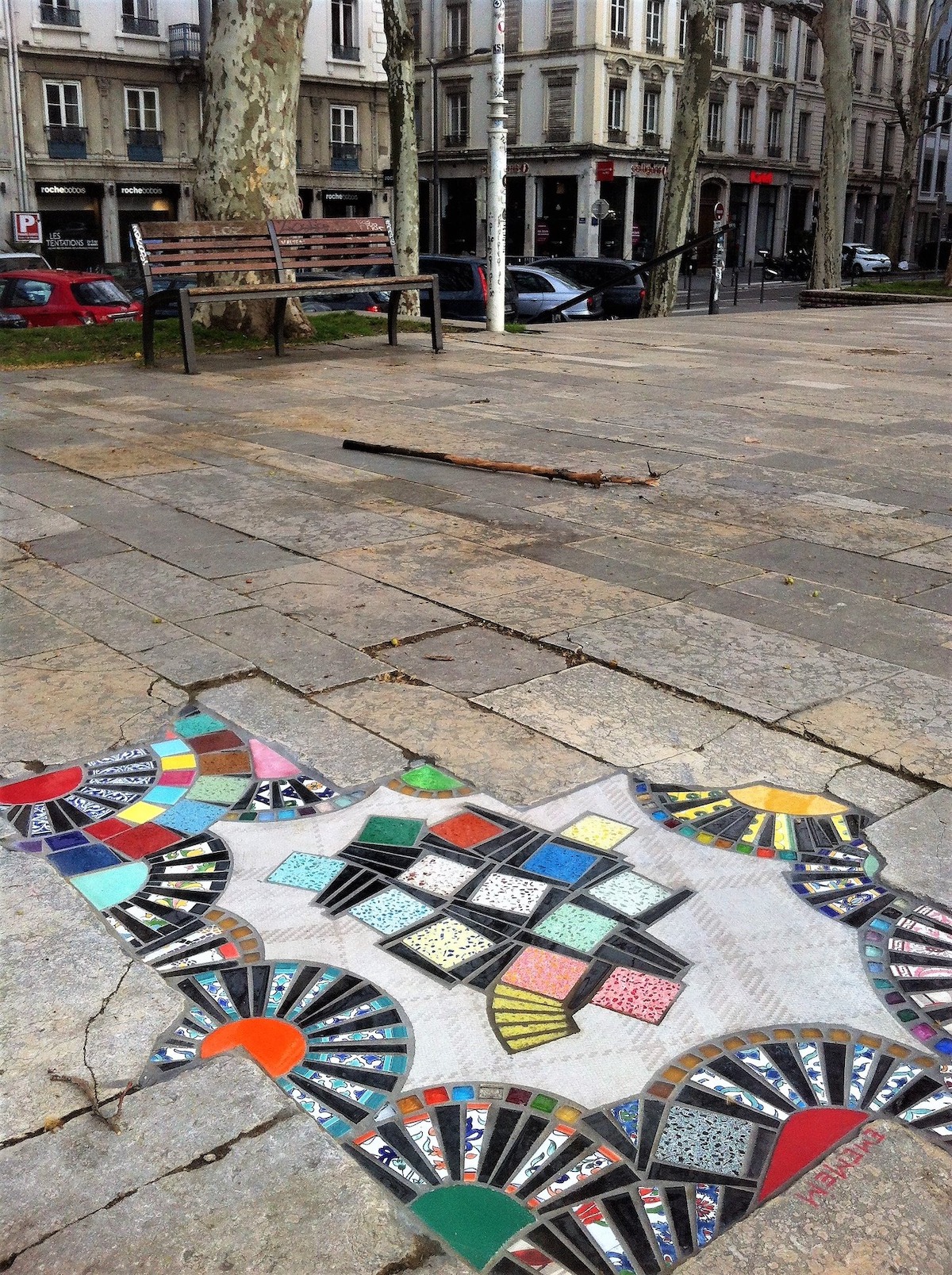 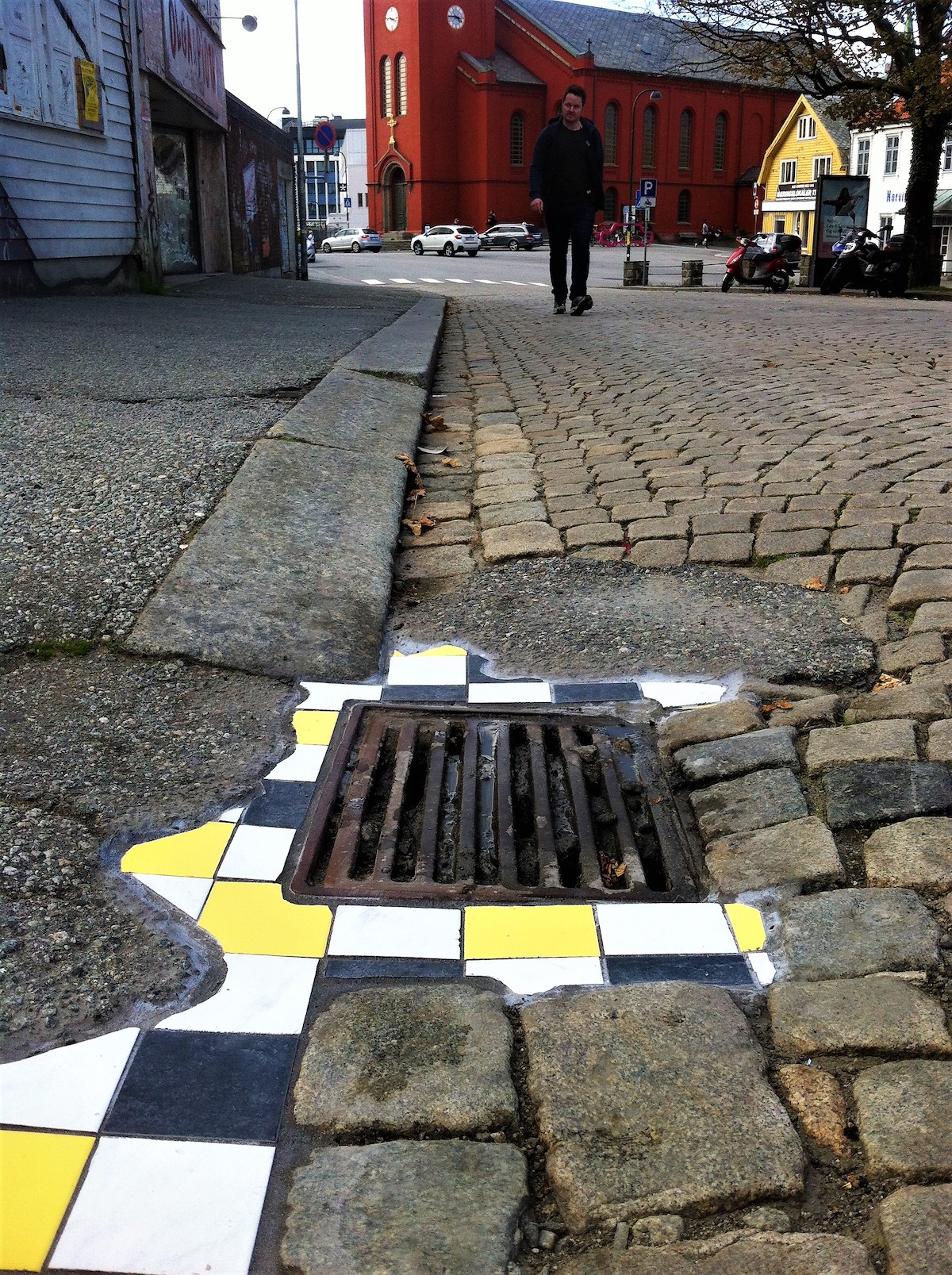 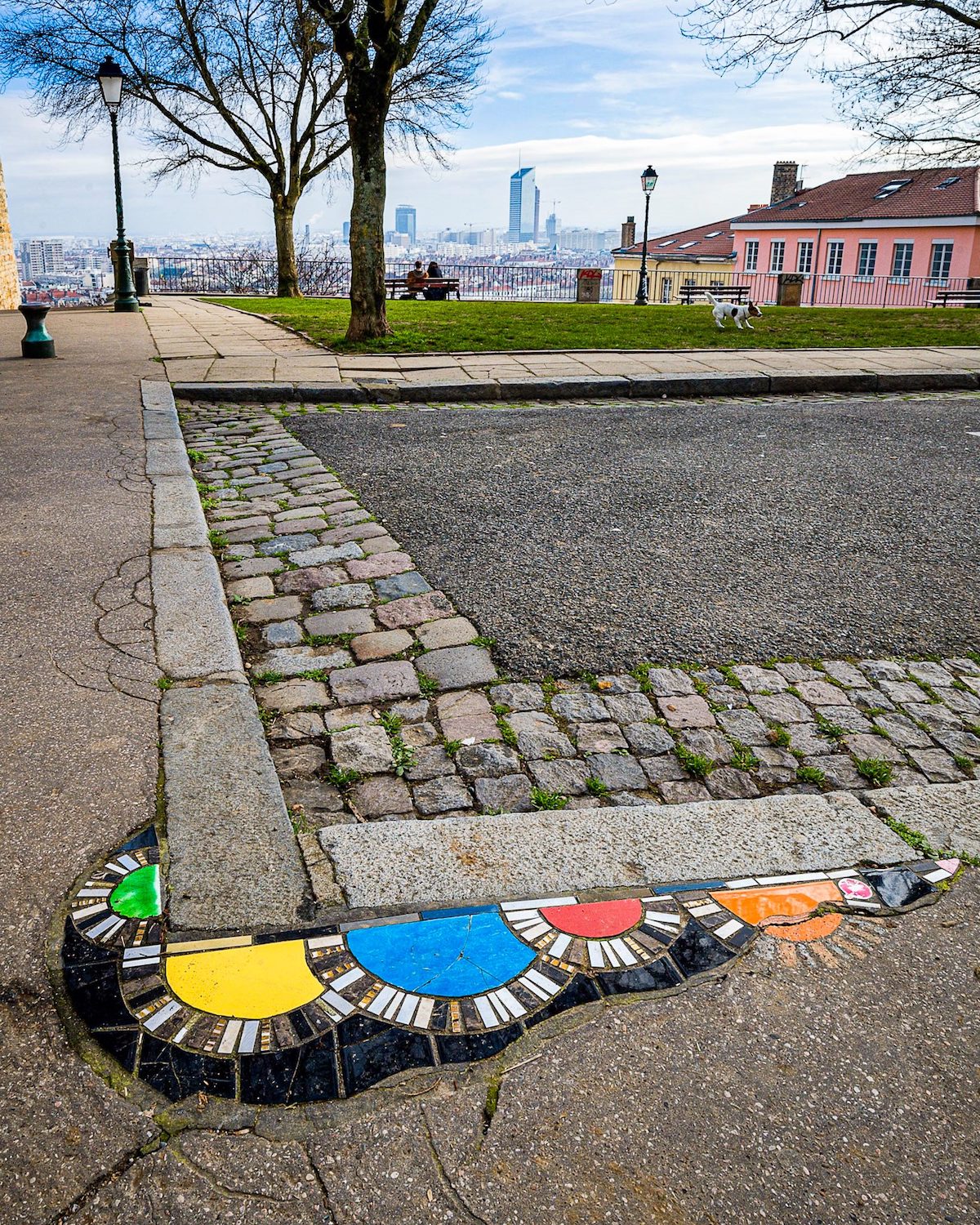 His beautiful mosaic street art can be found in cities throughout Europe, but especially in his home city of Lyon. 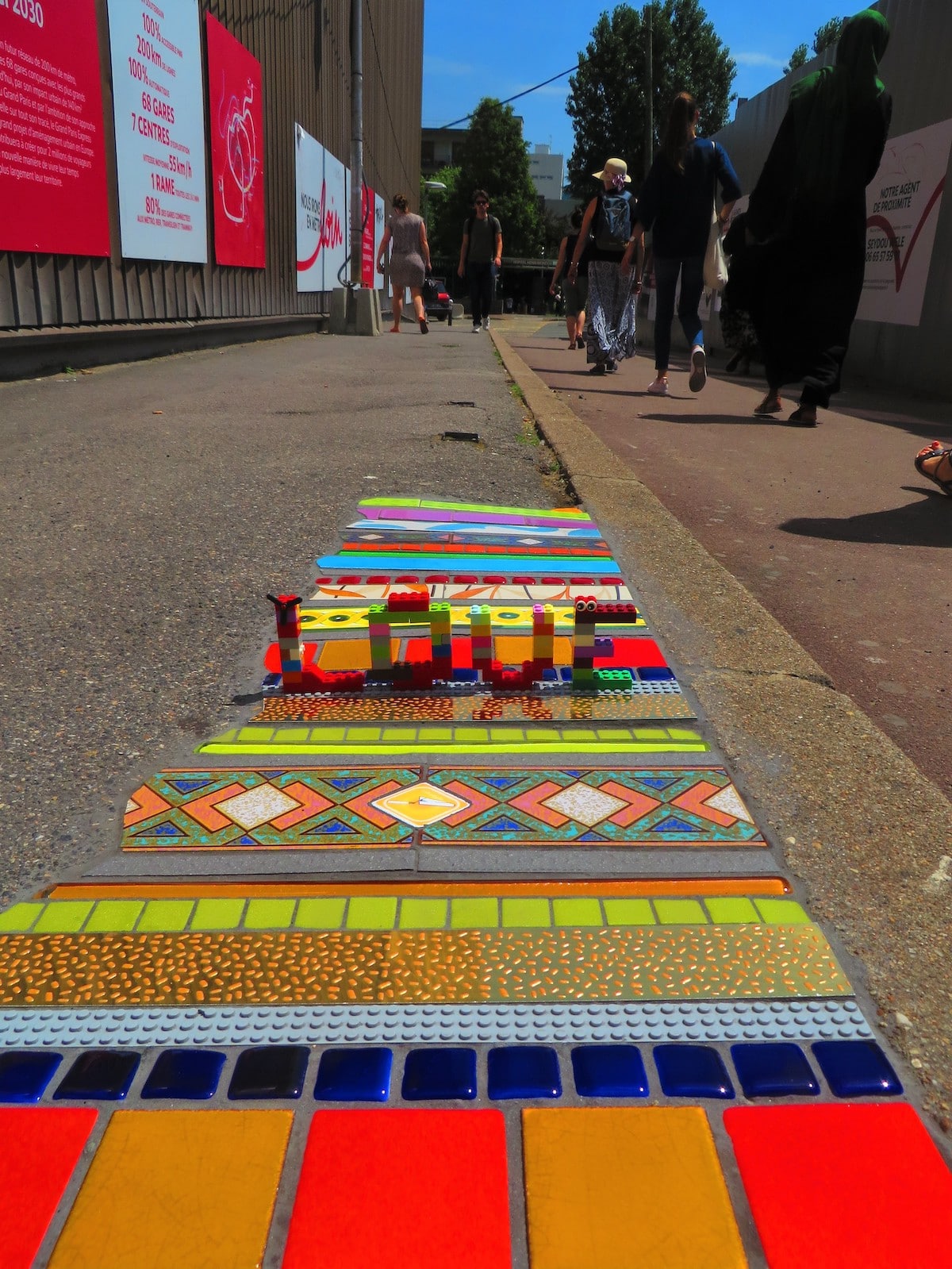 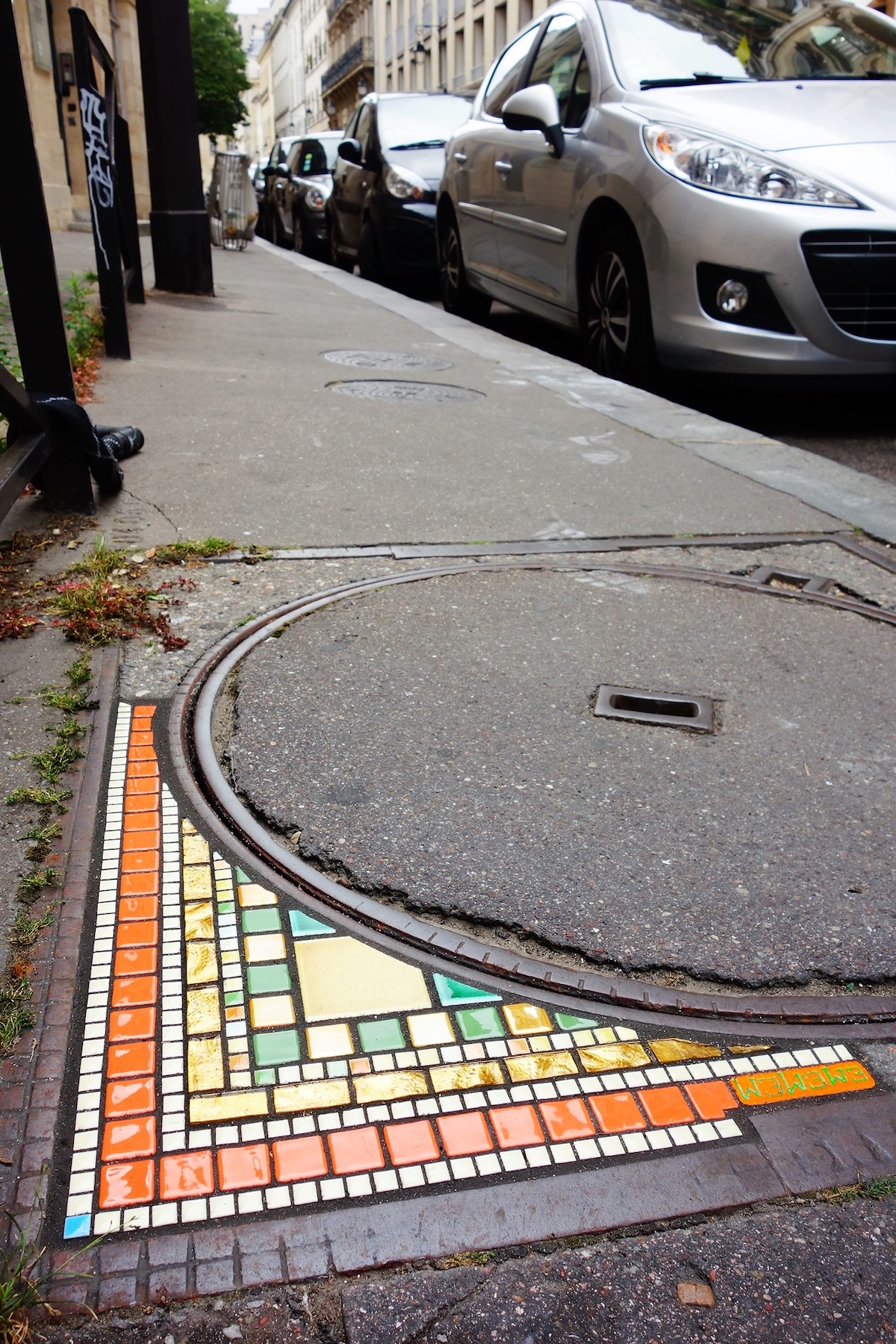 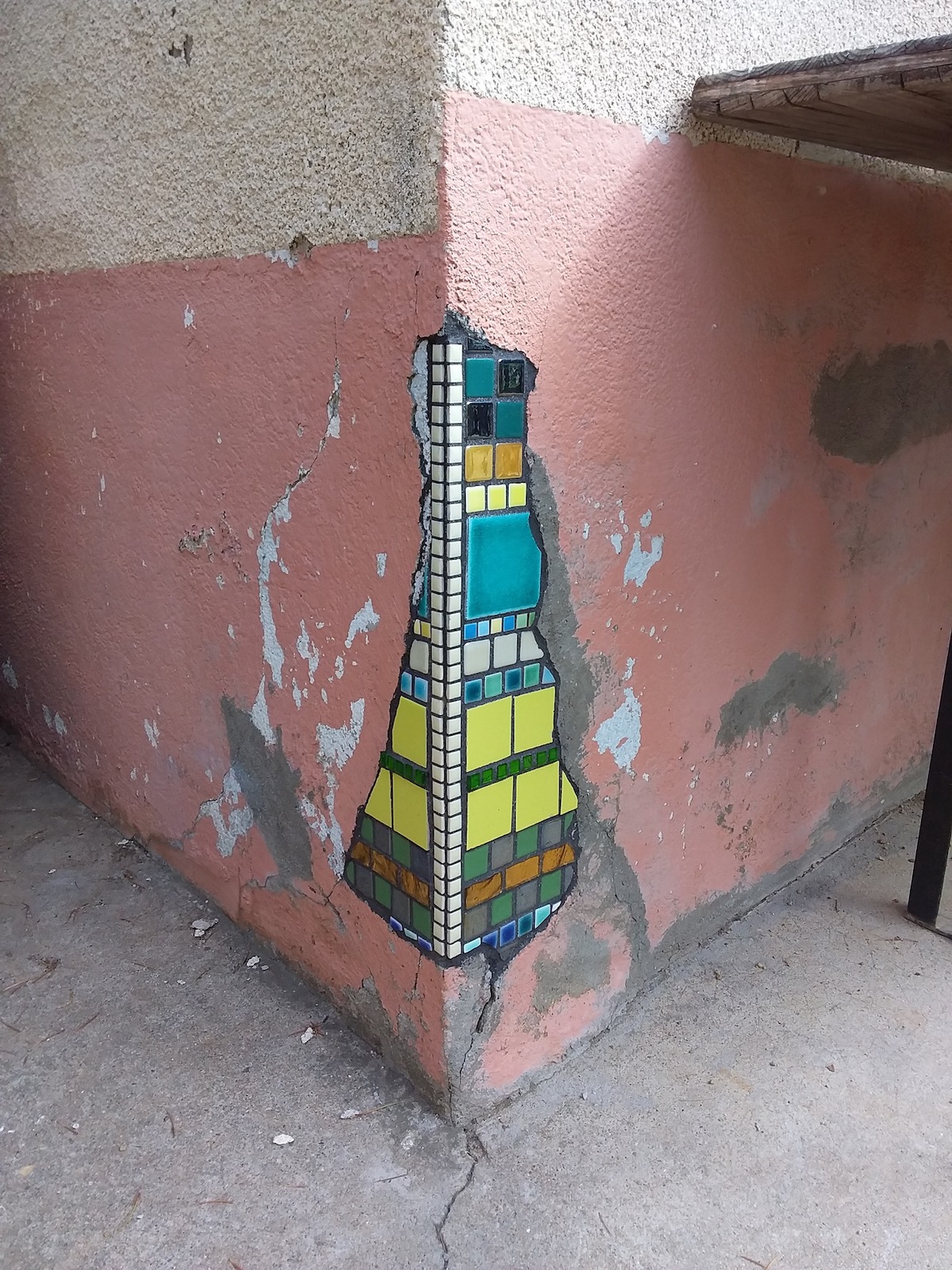 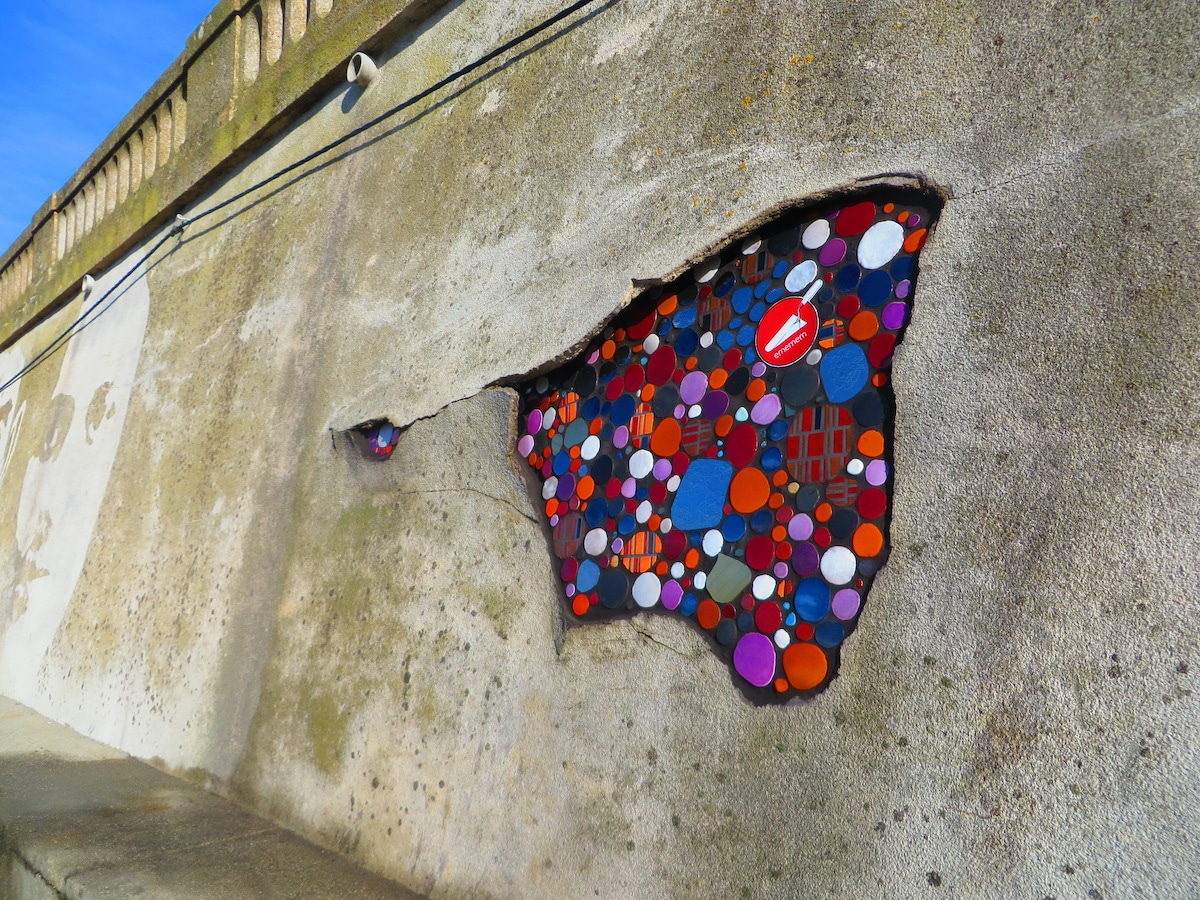 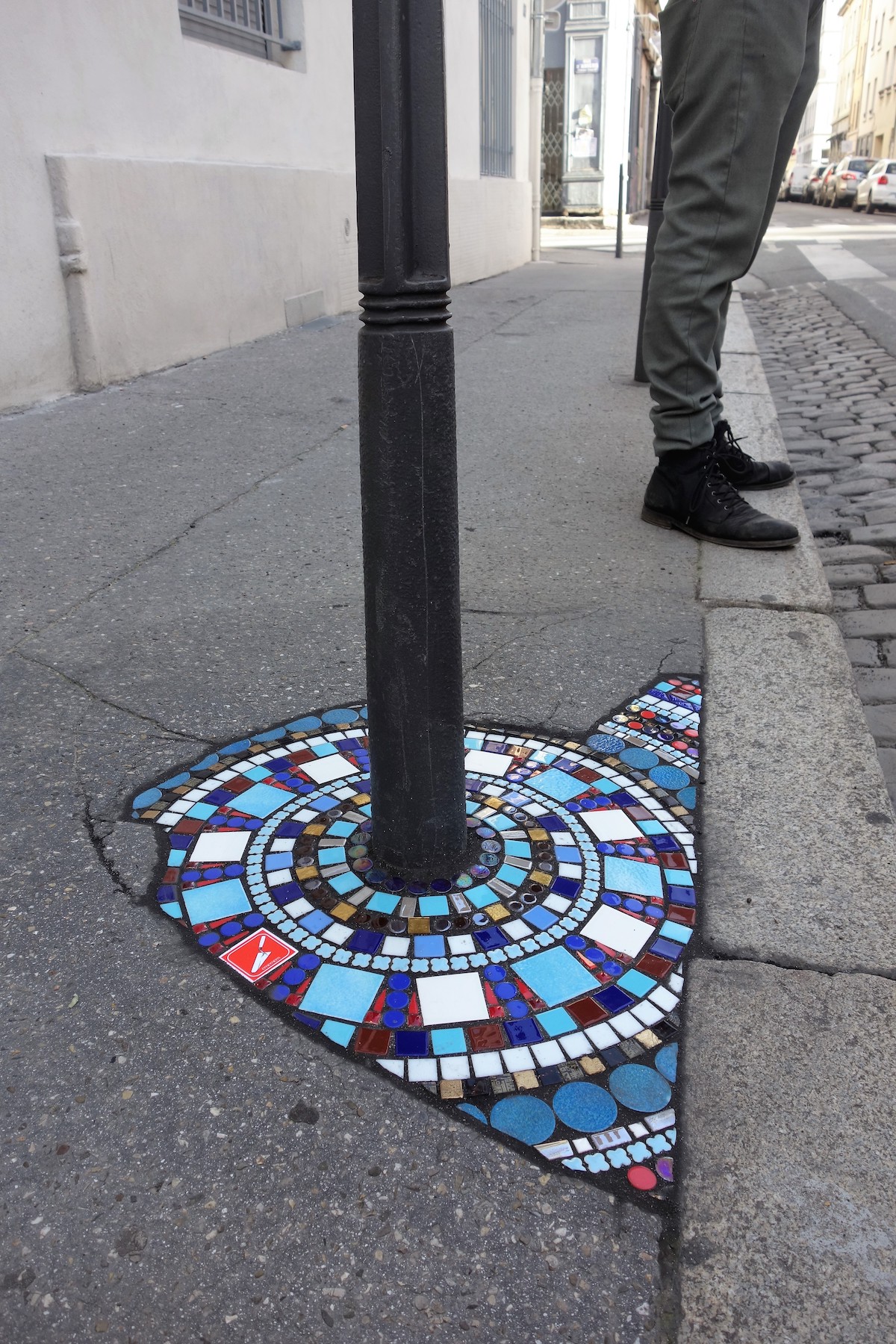 His beautiful artworks have earned him the nickname of “the pavement surgeon.” 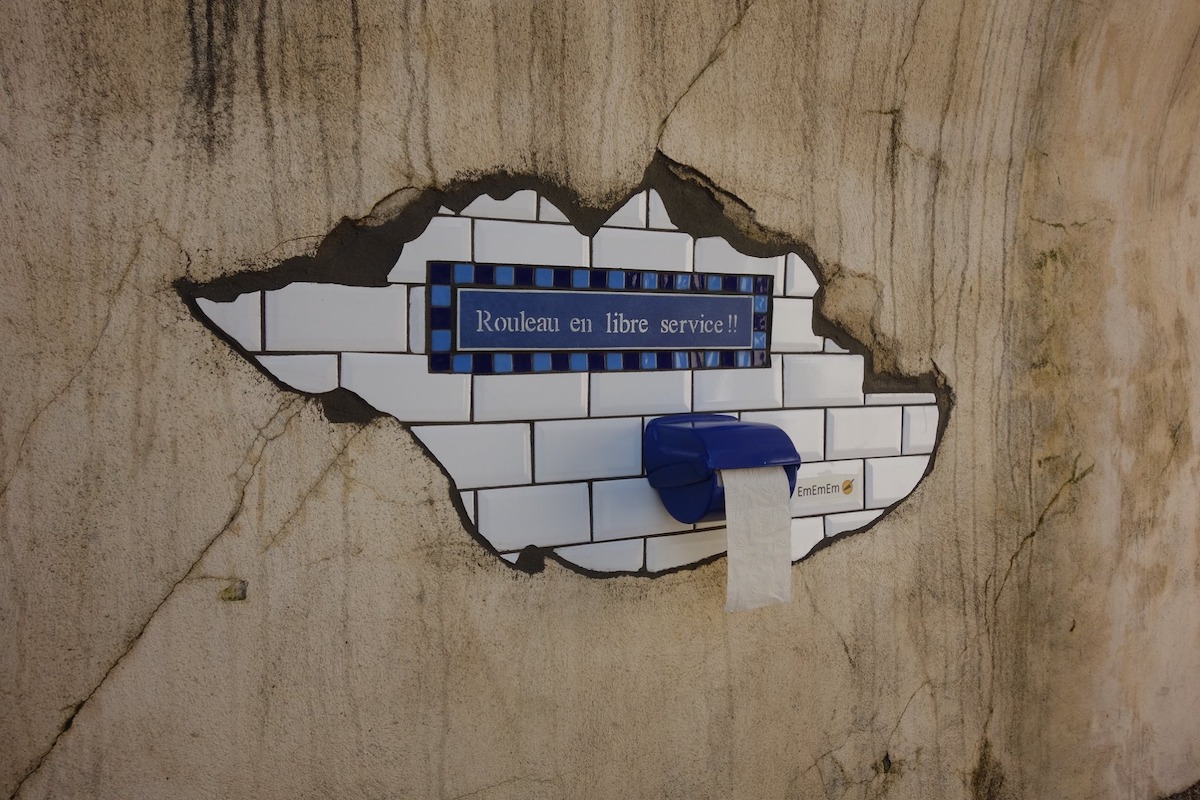 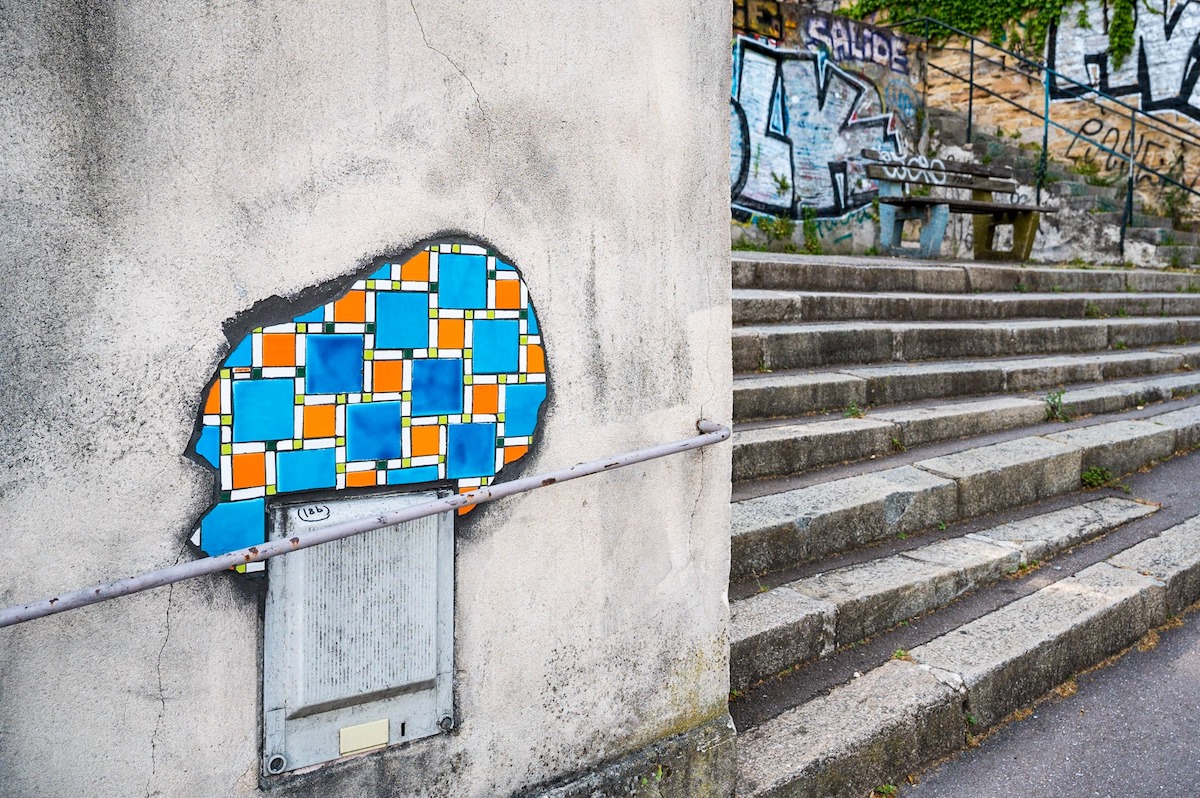 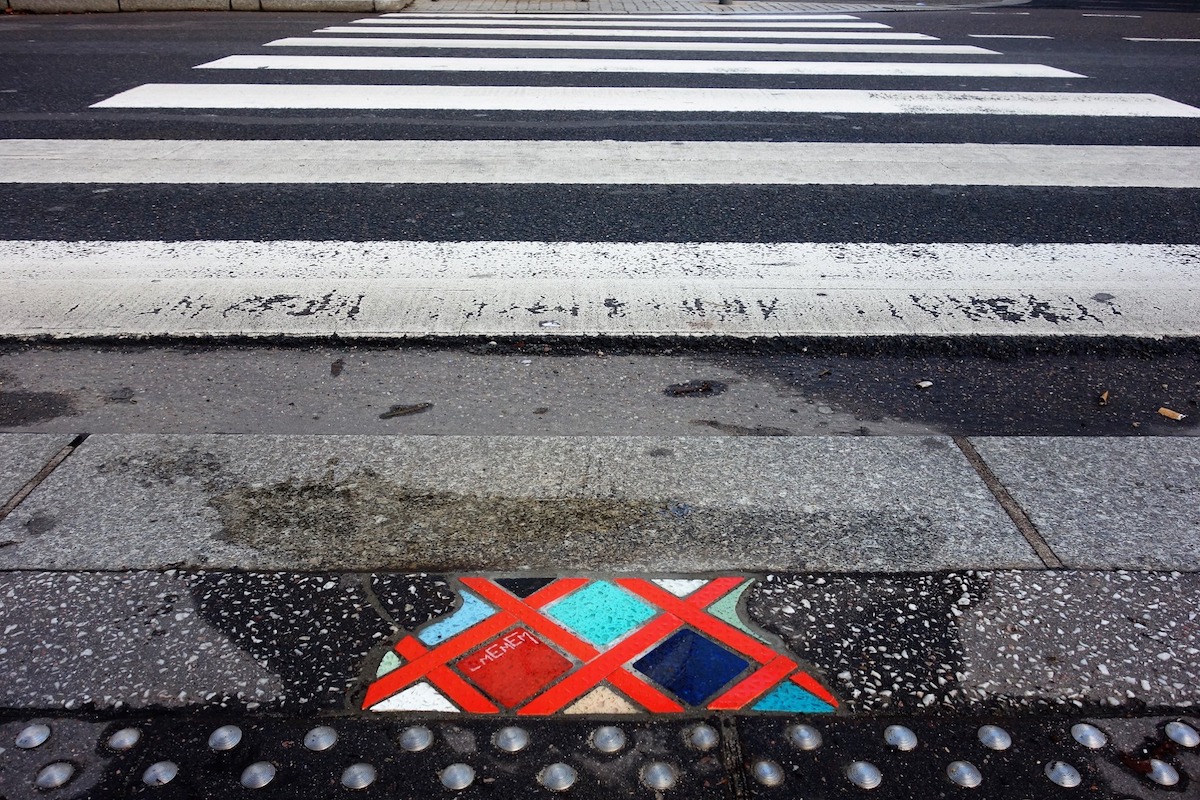 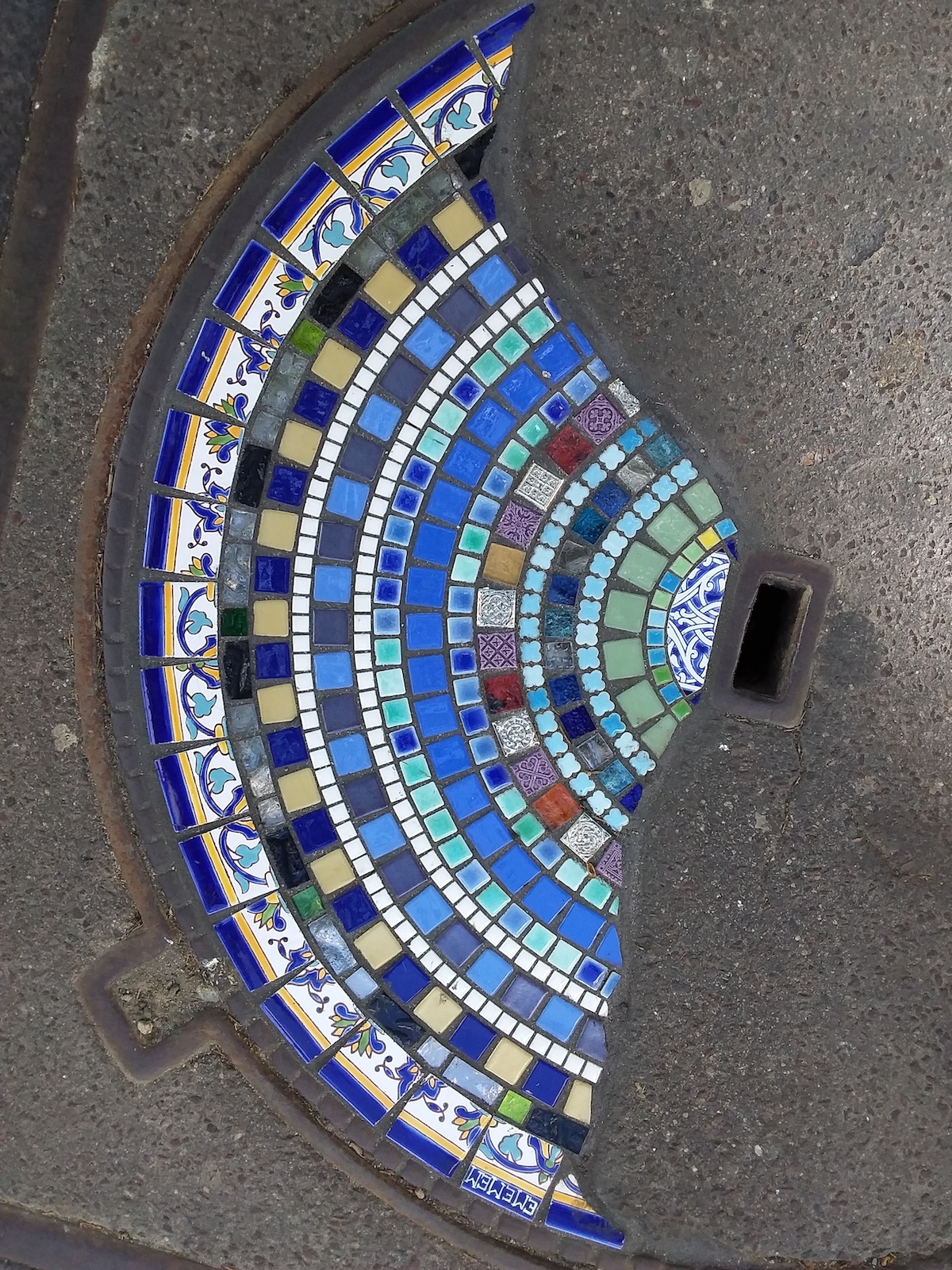 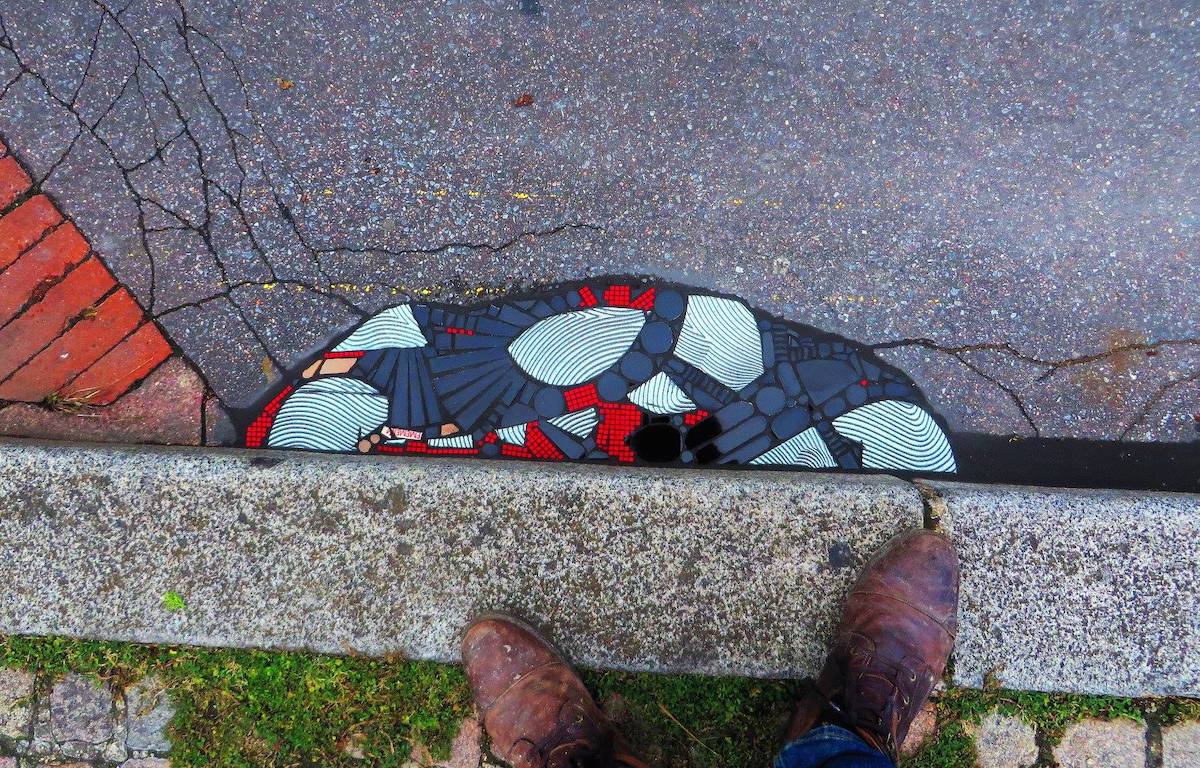 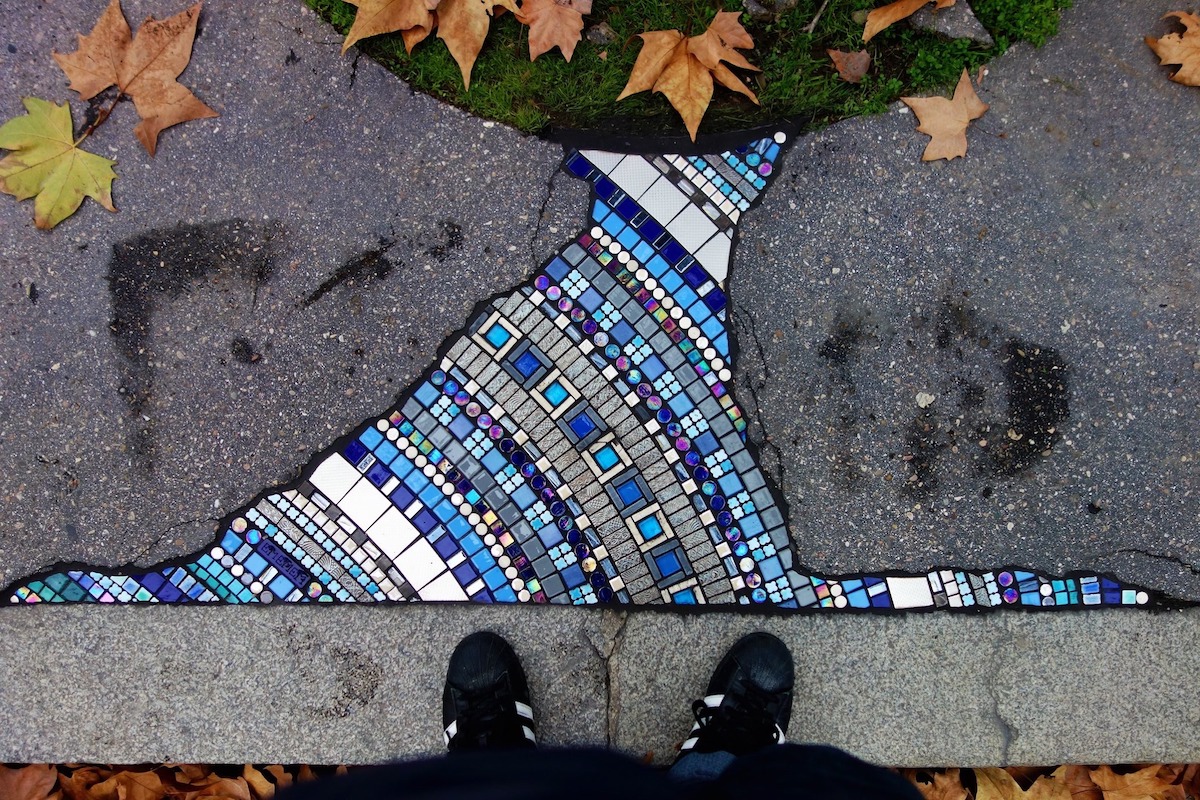 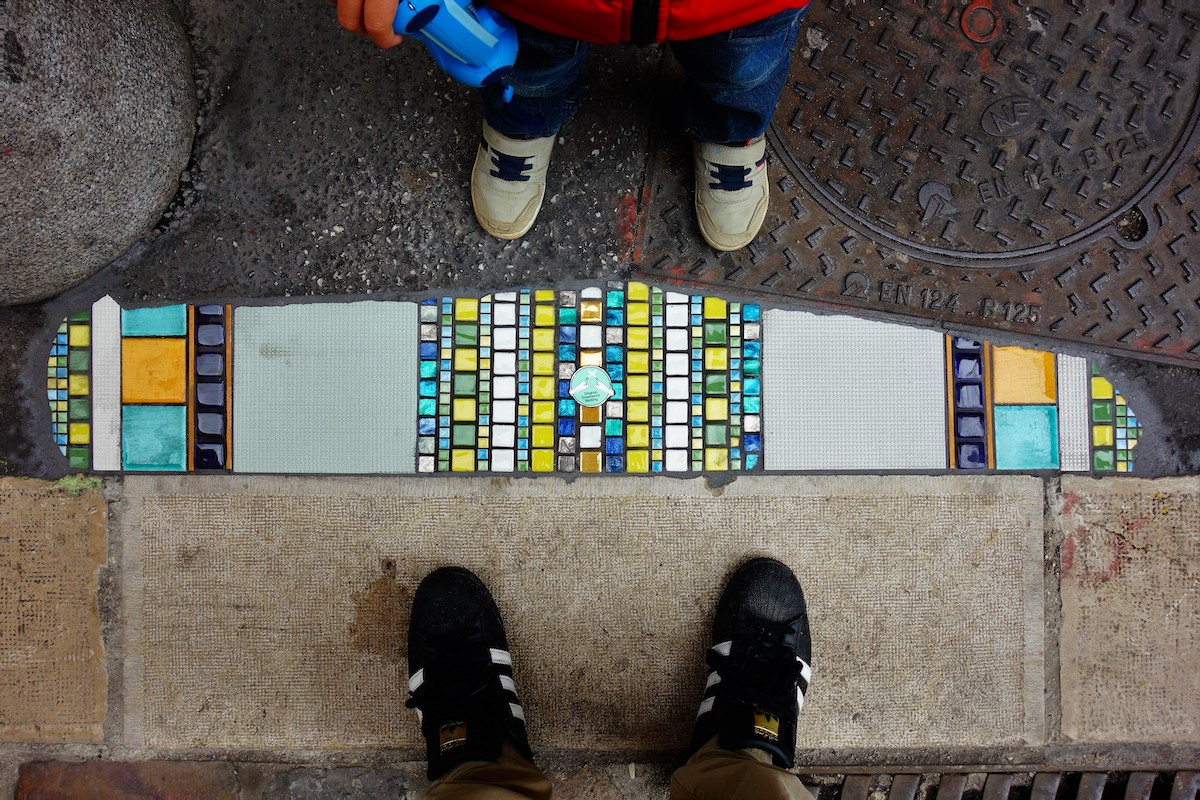 My Modern Met granted permission to feature photos by Ememem.